Envalue GmbH in Hofkirchen, Germany, specializes in installing and operating solar parks for investors. The company has numerous references throughout Germany and Europe.

Among other sites, Envalue operates the Kieswerk solar park near Freienhufen with a total output of around 3.1 MWp. In the park, around 13,000 crystalline modules are permanently elevated and combined into 528 strings. The solar park, encompassing an area of approximately 52 hectares, is divided into three sections, each allocated to one inverter respectively. These convert the DC voltage into AC voltage and then feed a transformer which converts it to 20 kV. The generated AC voltage is then transmitted by underground cables to the grid connection point approximately five kilometers away.

Even large solar parks do not generally have a permanently manned control room on site. Meanwhile, operators and investors are always keen to ensure maximum system returns. That's why the operating conditions such as currents, voltages, direct sunlight, and many others must be continuously measured in order to respond quickly to any malfunctions. A robust system solution, which is able to cope with the special requirements of industrial environments, is required in order to record and transmit the data.

Each string is protected individually

The measuring chain starts with the strings: either 16 or 24 strings are merged and individually protected in the string combiner box (SCB). One double string each is routed through one of the Solarcheck module openings in order to record the string currents. Likewise, the voltage and ambient temperature can also be recorded with the Solarcheck measuring module. The analog data is processed in a measuring module, digitized, and then sent on via Modbus protocol.

VALVETRAB surge protection for the DC area and PLUGTRAB for securing the communication line, a Uno power supply and connection technology from Phoenix Contact round off the range of SCB equipment used. The collected DC current is transmitted to the inverters via an isolator. The data from all SCBs and inverters and data from the substation's network connection point is complied in the data logger cabinet. Installed there as a core component is an ILC 191 Inline controller, which is used to run the photovoltaic management application that was programmed from the Solarworx library's function blocks.

Rüdiger Haslinger, Project Manager at Envalue, explains, “The function blocks from the Solarworx library let you read the data from all commercially available inverters, which has simplified our programming. The support offered by the Phoenix Contact team is also excellent when it comes to connection." One particular challenge is connection to the control system of direct sellers. But even this is possible without substantial programming effort.

A malfunction is quickly detected on the Smartblue portal

The complete system overview, which comprises regularly updated current and voltage values for the double strings, inverter data, and ambient park conditions, such as temperature, solar radiation intensity, and many other things, is collected in 1 to 5 minute intervals and sent every 15 minutes to the server of software manufacturer Smartblue in Munich via the Internet. Here, valuable information is created from the bare numerical sequences.

Special software routines have been developed in order to filter out the relevant information quickly. Error messages with the same cause are summarized in a single message, for instance. Recurring error messages generate a so-called stacking fault that is displayed only once on the control station. For example, in practice this means that a defective module, a blown fuse in the SCB or a loose connector in a string is quickly detected.

When asked what sets Phoenix Contact apart from other solutions in the photovoltaic sector, Rüdiger Haslinger didn't take long to respond: "The difference lies in Phoenix Contact's robust industrial quality. In contrast to our competitors' measurement boards, where the strings are connected directly, the Solarcheck measuring module, for example, does not generate heat since measurements are contactless." 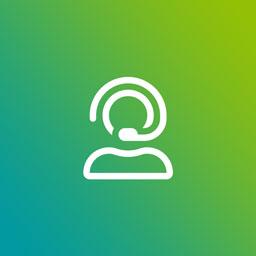