Be there live when experts have discussions, give specialist lectures,
or get interviewed. Always on topics that really interest all of us.
Latest news, innovations, trends.

Among others, you can experience topics from the fields of electrification,
automation, and digitalization:

Empowering the All Electric Society

Technical solutions for a world worth living in - The key to a climate-neutral future lies in the consistent and exclusive use of renewable energy and the creation of highly intelligent and networked systems.

The future vision of the "All Electric Society" is the guideline for innovations and solutions from Phoenix Contact. This vision leads us to concrete answers and solutions for all industries on the way to a sustainable world of tomorrow, in which regeneratively generated electric power is the central energy source.

With our many years of experience combined with forward-looking digitalization competencies, we enable industry and society to accelerate the implementation of this change. Be inspired by software solutions, new products and technologies for the path to more sustainability.

Highlights and Technology-Trends 2021 Creative solutions for a smart world

Phoenix Contact will support you on your journey to a smart world with creative solutions, innovative products, and innovative systems. You will find our highlights of the year in this brochure and, of course, online:

What is the Hannover Messe?

Phoenix Contact has a special connection with the industrial trade fair, and not just due to its close physical proximity. The Blomberg-based company has been at each Hannover Messe with its technological innovations for 65 years.

Along with Siemens and Rittal, Phoenix Contact is now one of the largest exhibitors at the Hannover Messe. Our experts will be providing you with the latest information on the topics of automation and electrical engineering. They will be presenting you with future-ready solutions for the Industrie 4.0 era. With almost 100 years of experience, Phoenix Contact is already working on tomorrow's intelligent production today.

Our highlights from over 60 years of the Hannover Messe

Phoenix Contact and the Hannover Messe: A long friendship

Phoenix Contact has been represented at the Hannover Messe with technological innovations since 1953.
The world's largest exhibition represents the highlight of the business year: new products are presented to the public here for the first time.
The company has experienced very special highlights throughout the 65 or so years of the trade fair.

Hannover Messe Obama visit: Into the future with the Chancellor and President

The USA was the partner country of the Hannover Messe in 2016. The US President at the time, Barack Obama, took this opportunity to visit Hanover. During the traditional tour of the trade fair with Chancellor Angela Merkel, he was shown outstanding technical innovations.

On this occasion, Frank Stührenberg and Jack Nehlig demonstrated the new electromobility fast charging plug to them at the Phoenix Contact booth. A special highlight: the DeLorean DMC-12 sports car from the film series "Back to the Future" was rebuilt to illustrate the subject of fast charging technology. President Obama was not only enthusiastic about the innovative charging technology. He also impressed the Chancellor and the Phoenix Contact CEO, Frank Stührenberg, with his film knowledge.

The history of the Hannover Messe

Inception of the Hannover Messe

The self-proclaimed motto of the largest industrial trade fair in the world is "Tradition and Innovation". It was established in 1947 as the "Hannover Export Fair 1947" under the banner of the German company Deutsche Messe- und Ausstellungs-AG, Hannover-Laatzen. After the Second World War, the new industrial trade fair was to provide a counterpoint to the Leipzig Trade Fair in the former GDR, and to emphasize the innovative power of West Germany.

Today, the leading trade fair is the barometer for technological developments. The exhibition is currently dominated by subjects such as the Internet of Things, industrial digitalization, robotics and renewable energies. Over the next few years, numerous innovations for Industrie 4.0 – the digital industrial revolution – will be introduced and, naturally, will make their debut at the Hannover Messe (HM). 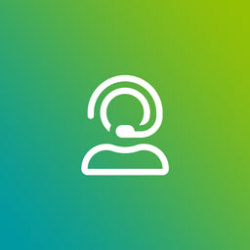